What is the FLRI program in the army? 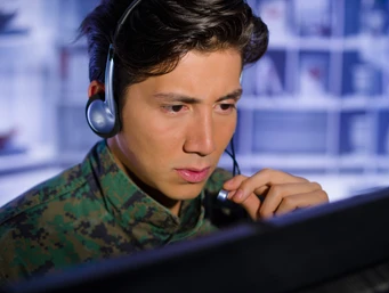 Are you a non-native English-speaker aspiring to enter the Army? Then this article is for you. If you’re struggling to reach the minimum AFQT score or the right language score, you might be eligible for the FLRI program. Here’s what you should know about the Army’s Foreign Language Recruiting Initiative Program.

Why would you want to enter the FLRI program?

This is a program specially designed for recruits whose mother tongue isn’t English. In those instances, the recruitment process for the Army is slightly different.

On top of sitting the ASVAB test and getting at least the minimum AFQT score to enter, non-native English speakers need to pass a language proficiency test at their nearest MEPS as part of their Army recruitment. This English language test for recruits will be either the English Comprehension Language Test (ECLT) or the American Language Course Placement Test (ALCPT).

If you fail to get the minimum AFQT score for the Army, and you have an ECLT score lower than 75, you could be eligible to enter the FLRI program”

What is the Army FLRI program?

FLRI is the acronym for Foreign Language Recruiting Initiative. It’s a specific program targeted at recruiting individuals for whom English is a second language. This entails specific training aimed at improving your English skills while training you on a temporary specialty.

Recruits in the FLRI program are trained in English for up to 30 weeks, and they’ll retake English proficiency tests throughout the duration of the program. If you enter the FLRI, you’ll be temporarily assigned to MOS 09C, also known as Language Trainee.

Of course, it’s important to note this program is exclusive to the Army, so if you go through with it, you won’t be able to enter other branches of the armed forces. Interested? Here are the basics: 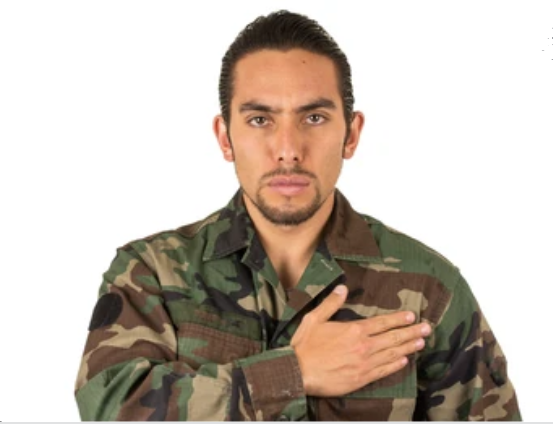 FLRI requirements: what do I need to enter the FLRI program?

How does the FLRI program work?

If you’re applying to enter the army as a non-native speaker and your AFQT score isn’t high enough, you could get selected for the foreign language program.

In that case, you will have 30 weeks -or 6 months- to approve your English sufficiency test. If after this period you still haven’t gotten the right score on the language test, you won’t be able to enlist in the army at all.

For those recruits that manage to approve the English test, they’ll be able to retake the ASVAB test as well. The main difference this second time is that you’ll be taking it as an active member of the army. With your new ASVAB and AFQT scores, you’ll reassess the MOS you qualify for and alongside your unit you’ll determine what training program you’ll enter.

On the flip side, if you don’t get an AFQT score of at least 21 with at least one qualifying aptitude area score, you’ll be assigned a MOS and enlistment program based on your initial ASVAB score.

You might be considering the FLRI program as an easier alternative, but we recommend you focus on obtaining a score of 75 or higher on the initial English test and avoid the risk of being declared ineligible by the military.

A good score in your initial test will open a wider variety of MOS options, while FLRI candidates won’t have guaranteed training in any specific MOS or CMF, a specific station, command or area. If this is something that concerns you, talk to your recruiter about it”

The FLRI program isn’t widely known, even for recruiters. If based on the outline above you think you can participate in it, feel free to ask your recruiter. Of course, you’ll also need to remember you’re limited to recruitment at specific times of the year, so it might not be an option for you at the time of your testing.

However, in spite of its benefits, we would only recommend the FLRI program in very specific cases, such as urgent salary needs or if you have made several attempts without passing the ASVAB due to lower English language skills. Have you considered this program for yourself? Let us know!